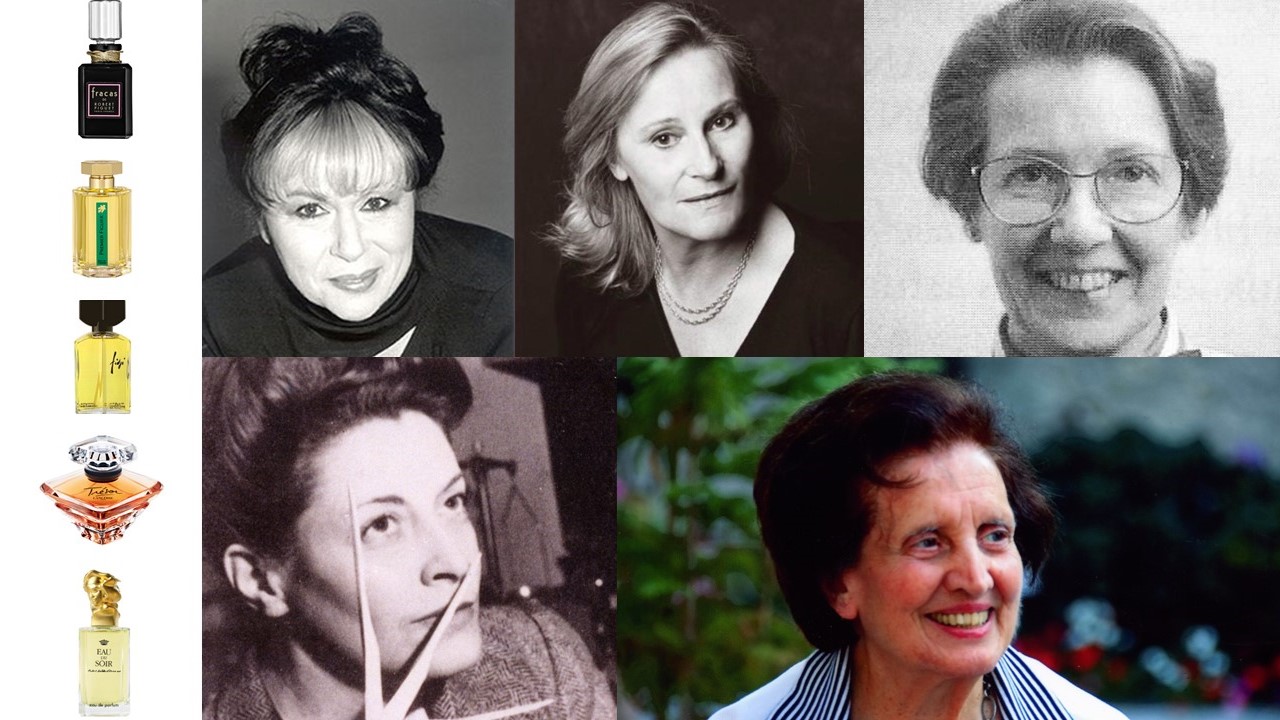 Perfume making was long considered to be the job of a man, though women often participated in the process behind the scenes. After women’s liberation the doors to the fragrance creation arena gradually started to open, though slowly and with difficulty. Around the mid-20th century, the women who worked in this demanding field started to make themselves heard, due to their hard work and their strong commitment to the job. Today they are widely represented in the industry, providing the sensitivity, creativity and talent that enable them to add greatly to perfume collections. These women include Germaine Cellier, a pioneer in postwar perfumery, Joséphine Catapano, the New Yorker who created Fidji; Jeannine Mongin, who made L’Eau du Soir; Sophie Gosjman, with her roses; and Françoise Caron, the woman behind Septième Sens. A younger generation of women has also begun to stand out. Among this generation, some are passionately working in a fragrance making company, others have created their own brand, and still others are working as house perfumers in top perfume companies. All of these women have contributed to building the perfume industry, and the goal of this talk is to pay tribute to them.

A talk by Emmanuelle Giron.

REGISTER FOR THE SESSION